Variant Bio’s commitment to ethical research and data management ensures that its research partners and employees can hold onto their morals while contributing to medical progress.

One of the first employees hired by genetic research company Variant Bio wasn’t a geneticist, a data scientist or a business expert.

It was a cultural anthropologist.

“Whenever you pick up a big Nature Genetics review or editorial section, there’s inevitably an article blasting genetics for lacking diversity in the populations that it’s studying — which is so true, right? ” said Scott Gallagher, Variant Bio’s senior scientist of statistical genetics. “For example, research on the genes that map out cardiovascular disease has historically all been done in people of Western European ancestry.”

Historically, ignoring non-European ancestry populations has been better than the alternative. The record of genetics research is stained with decades of studies exploiting marginalized communities, including lack of respect and communication, careless handling of genetic data and sometimes downright dishonesty around the types of studies being performed. It’s reasonable that many of these populations initially express resistance to participating in genetic research, given that history.

But ignoring massive swaths of the human population isn’t an option if a comprehensive understanding of the genetic contribution of disease and how to treat it is the goal. Which begs the question: How can genetic scientists ethically work with marginalized groups of people?

Variant Bio is dedicated to answering that question. A commitment to ethics is part of its DNA — the company established an Ethics Board even before a Scientific Advisory Board.

The populations Variant Bio works with are partners in their research and share in any financial benefit. Immaculate care is taken to foster respect and transparency between Variant Bio and its partners at every step in the process.

“I wasn’t necessarily looking in biotech when Variant Bio reached out,” said Associate Director of Ethics and Engagement Sarah LeBaron von Baeyer — the aforementioned cultural anthropologist. “But I realized that they recognized their limitations in terms of what it means to actually work with these populations around the world. They would need bridges to people, not just to science.”

“I believe in the power of genetic research,” added Translational Genomics Scientist Alyson Barnes. “If we do it responsibly, I think there’s a lot we could do, find and discover with this data.”

As the associate director of ethics and engagement, LeBaron von Baeyer’s priority is making sure that every interaction with Variant Bio’s research partners is respectful, honest and beneficial to both parties. This starts with who in the community they approach to form these partnerships. 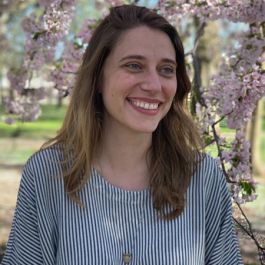 “We try to identify partners who are academic researchers themselves, at community organizations, hospitals, bio-banks and more,” said LeBaron von Baeyer. “We look at how they’ve worked with communities locally and make sure that the collaborators’ interests and research priorities are part of what ends up being in the study design. We’re also integrating feedback from pre-study community engagement into how we design the research.”

On top of that, Variant Bio has a substantial benefit-sharing program to ensure that no matter what the research finds, communities will see rewards from participation. The program is divided into two parts: short-term and long-term. In the short term, a portion of the study budget goes toward organizations that serve the participating community.

Our approach is to put ethics first.”

The long term benefits, meanwhile, serve the various populations that have worked with Variant Bio. The company has instituted a benefit-sharing program, where four percent of revenue and equity is shared among its partners — regardless of the findings of individual studies.

“Part of the co-founders’ mission, from the very beginning, was that people needed to receive more than a pat on the back for their contribution to science,” said LeBaron von Baeyer.

Finally, Variant Bio ensures that the devotion to ethical practice is implemented from the top down to each individual employee. The company implements unconscious bias training, along with ensuring that every researcher is certified in the CITI Program in research, ethics and compliance.

“Our approach is to put ethics first,” LeBaron von Baeyer said. “It’s a different angle from a lot of what has been and continues to be done in the biotech research space.”

Variant Bio’s commitment to treating people ethically doesn’t stop with its partners — it extends to employees as well. The company’s leaders foster a culture of honesty and empathy within their team, making sure that every decision is understandable and puts people first. 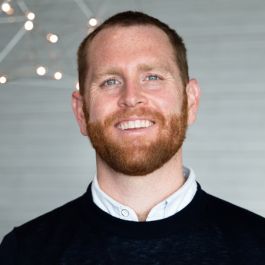 For Senior Scientist of Statistical Genetics Scott Gallagher, that means he’s not afraid to own up to his mistakes or ask people how to do something new.

“I feel like I’m at a company where I really can ask any question,” Gallagher said. “The company is full of people who are really good communicators — it’s really open.”

There’s plenty of opportunity to learn and grow through training opportunities made available to team members and an aura of accessibility around Variant’s leaders. Andrew Farnum, the company’s CEO, keeps his door open for everything from work-related ideas to discussions about honey cultivation.

“Approachability is a recurring theme throughout the company,” Gallagher said.

Making A Difference With Data

Alyson Barnes was immediately drawn to Variant Bio for its ethical policies.

“I thought my scientific career was doomed because I didn’t want to stay in academia. A lot of the jobs I applied to were in public health,” she said. “But then I found Variant Bio, and I thought: I can be a scientist. I can do exactly what I want to do, and still hold my morals really strongly.”

In the four months since Barnes joined Variant Bio as a translational genomics scientist, she has seen firsthand how the company ethically handles its data. Variant Bio’s team understands that the data they collect is extremely sensitive and makes a substantial effort to keep it secure.

“Employees are only given the data that they need to do their jobs, to protect against anyone accidentally breaching something,” said Barnes. “It gave me a lot of peace of mind, knowing I wouldn’t share something by mistake.”

And this layer of protection has never caused a problem for Barnes doing her job, due to the transparency across Variant Bio’s teams.

I can be a scientist. I can do exactly what I want to do, and still hold my morals really strongly.”

“If I need something I don’t have, I just approach our leadership and say, ‘I think I need access to this data because of XYZ analysis.’ Then they would personally walk me through how to get set up and find the data, and what resources I can use if I have questions about the specific analyses I’m doing,” said Barnes.

That communication is important, because the analyses available to the R&D teams are outlined explicitly in collaboration agreements with Variant Bio’s partners to protect against exploitation. If Barnes or any of her team members is unable to perform any specific research, it’s important that they understand the significance of why.

There can still be stigma around genetic research, given its history. But Variant Bio is doing its part to show that this branch of science can lead to the creation of revolutionary, life-saving drugs — without compromising the humanity of the scientists or the populations they stem from.