Too Many Cooks Spoil the Broth. Trust in One Engineer To Handle It.

In Disney Pixar’s 2006 smash hit, Ratatouille, Colette the commis teaches trainee protagonist Linguini the dynamics of one of France’s most famous gourmet kitchens. A hierarchy exists in the back of house, but the restaurant only runs effectively when each member owns their role. In the grueling environment of the French culinary brigade system, where each station is helmed by a single person, a successful service is a culminating act of team ownership. Every bite is a sum greater than its parts.

For engineering teams that face technical challenges in complex products, a culture of ownership is similarly essential. By granting autonomy in responsibilities, each team member has equitable decision-making authority. “Every action or decision has a profound impact across the entire company,” said Chinna Polinati, Symbl’s head of engineering.

Engineers who take on the success and failure of their role and become more invested in the collective quality of the work. In turn, this trust translates to a more evenly distributed workload for the rest of the group.

In an environment of self-accountability and autonomy, leadership blooms as individuals take initiatives in maintaining vision, transparency and standards across the team. “As a leader, it is critical to identify underlying issues and provide efficient and inviting tooling to work with, or your team will incur the daily grinding costs, known as death by a thousand cuts,” said Marc von Holzen, Ookla’s VP of software engineering. The positive cascade that comes from empowering employees to make choices leads to a collaborative culture that fosters innovation and efficiency.

At the end of Ratatouille, Linguini embraces his own role as a server, and trusts in his talented rodent staff and Colette to run an important dinner service. To get a closer look at how engineering teams can build a similar culture of ownership and trust, Built In Seattle sat down with two companies that encourage their engineers to embrace personal and delegated responsibility in contributing to the team’s success. 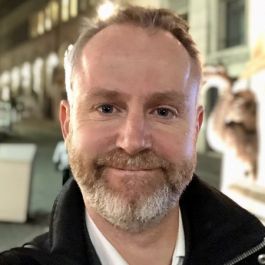 Ookla is a network intelligence company with a product suite dedicated to collecting and analyzing Internet metrics. The company’s various tools offer data-backed insights into network accessibility and quality that benefit both consumers and the entities responsible for Internet infrastructure and operation. With such a wide array of diagnostic programs, team ownership and leader development are essential cultural values for Ookla’s engineering division. “Being the steward of your domain is a powerful way to look at ownership,” said VP of Software Engineering Marc von Holzen.

What does a culture of ownership mean to your team?

Ownership matters on different time scales, from short term follow-through on executing simple tasks, to delivering solutions to entire problem spaces. Both are critically important to my team, and individuals who thrive and grow into leadership positions typically excel at both.

For the short term, individuals often have to balance getting something done quickly versus correctly. Quickly usually means getting an answer or releasing a capability immediately but often at a cost — perhaps technical debt, code quality or impact to another deliverable. Correctly usually means delivered by the right individual or team, and as such developing their competency, or with an investment in quality that should prevent future work. At Ookla, we recognize that these competing interests are routine, and in fact a healthy and necessary part of efficiently delivering solutions.

For the long term, it requires fully understanding the challenges and opportunities, devising a roadmap and delivering against it. It also avoids tying too much personal ego in a particular approach or feeling trapped for owning a domain forever.

For the long term, they follow the camping rule: ‘Leave it better than you found it.’”

What are the essential behaviors for a leader looking to exemplify and spread a culture of ownership across a team of engineers?

At Ookla, successful leaders are those who continuously ask themselves what they can do to advance the solution, or the understanding of the problem, to the next level. They anticipate what the next steps might be, test and validate their assumptions with data and follow up with the other team members to benefit from their critical review and gain support.

For the short term, when choosing to do something quickly, they try to understand the circumstances that led to that situation and raise awareness of the costs or missed opportunities of having to do so. But, they do not let it distract from getting the job done.

For the long term, they follow the camping rule: “Leave it better than you found it.” Perhaps more importantly, they ensure that everyone on their team has an area they are responsible for themselves: which parts of the application, technical stack or processes they are the stewards of, owning the responsibility to improve it over time. In doing so, their organization will benefit from the compounding effects of an ownership culture.

What was your biggest challenge in spreading a culture of ownership when you first became a manager or leader, and how did you overcome it?

One of the biggest challenges is avoiding learned helplessness such as “It’s too complicated,”  “We’ve tried before,” “It won’t work,” and “I don’t know how to.”

Those responses usually are the result of subtle but real challenges, oftentimes difficult to clearly identify, even sometimes embarrassing to bring up. A good example might be a build time that takes too long, or a brittle set of test cases. These can have a very negative impact on morale, as trying any change requires waiting long feedback cycles.

With any team growth, always remember to lead by example and positively reinforce the behaviors you want to see. In my experience, those two tools have been invaluable in spreading the culture of ownership.

Symbl is a conversation intelligence platform that turns audio, video and chat data into practical applications developers can use, including summaries, sentiments and live captioning. The company focuses on applying machine learning to analysis of natural human conversation. With such a technical objective, Chinna Polinati, head of engineering, understands the need for his team to take ownership of their work. “With coaching and mentorship, they can make their own decisions when provided a platform for sharing ideas, disagreements and bias for action,” he said.

What does a culture of ownership mean to your team?

At Symbl, ownership implies that individuals and teams act as their own CEOs, assuming complete ownership and responsibility for both the success and failures of the team. Every action or decision they take has a profound impact across the entire company. Team ownership is the true representation of a company’s ownership.

What are the essential behaviors for a leader looking to exemplify and spread a culture of ownership across a team of engineers?

Leaders in general, and specifically engineer leadership, portray a unique balance of technical depth and operational excellence. They regularly take initiatives and work across aisles to unblock or get things done. They operate with transparency and trust. They strive to find a unique balance in doing versus delegating. Being customer obsessed helps them build and scale products that deliver value with quality and reliability.

I am bullish on empowerment and delegation. Leaders should empower individuals and teams to make their own decisions, while making sure they have a clear understanding of the goals and what’s expected of them. Along the same lines, teams and individuals should be held accountable for both success and failures. With coaching and mentorship, they can make their own decisions when provided a platform for sharing ideas, disagreements and bias for action.

Trust is the single most important piece needed to build a cohesive team.”

What was your biggest challenge in spreading a culture of ownership when you first became a manager or leader, and how did you overcome it?

One of the biggest challenges I see is establishing transparency between a company’s objective and employees’ work. Teams perform better and assume more ownership when they see a clear vision on how their work has an impact on the company’s objectives. I take ownership of being that bridge that periodically shares and reinforces the company’s vision and mission so that everyone has a common understanding of their work and its impact.

I also found that businesses struggle in building a culture of trust. Trust is the single most important piece needed to build a cohesive team. In my first role, and even now, I have strived to create a culture of trust where employees can voice their concerns, share ideas good or bad, ask questions and ask for help. Encouraging everyone on the team to build and strengthen this foundation is important for ownership-driven teams. I partner cross-functionally with other leaders, and also with the people team, to drive the change we need.